Hanukkah is fast becoming one of the most celebrated holidays during the winter season; why not participate in the Celebration of Lights by sending business Hanukkah ecards to your clients? 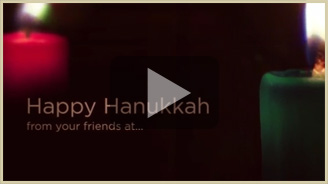 Here is a detailed list of requirements for our Hanukkah 1 template.

Find more about design requirements and customizations in our FAQs. 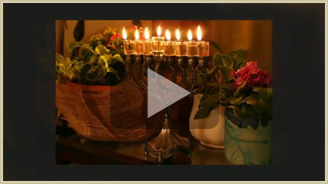 Here is a detailed list of requirements for our Hanukkah 2 template.

Find more about design requirements and customizations in our FAQs.


Send yourself a sample...

Send yourself a sample!

Hanukkah is commonly known as the Celebration of Lights and occurs between late November and late December. The holiday begins on the 25th day of Kislev according to the Hebrew calendar.

Over eight days, one candle on the Menorah (a nine-armed candelabrum) is lit; the ninth arm is reserved for practical use, and is called the shamash (which means attendant, in Hebrew). The festival name itself, Hanukkah (or Chanukkah) literally means dedication – the celebration is in remembrance of the rededication of the holy temple in Jerusalem.

Current practises call for the lighting of one candle on the first night, two on the second night and so on and so forth. Some people exchange small gifts like books or games each night; spinning the dreidel is also a common game.

The dreidel is a four-sided top that has Hebrew letters on each side. To play this game, the dreidel is spun and a bet is placed on which letter comes up when the dreidel lands. Many children play for a pot of gelt (chocolate coins covered in gold foil) but other treats such as raisins, candy or nuts can be used.

Fried foods are traditionally eaten during Hanukkah, because of the significance of oil. Some treats include latkes, which are shredded potatoes and onions, fried in oil and served with applesauce. Jelly-filled donuts that are dusted with icing sugar, or sufganiyot, are also eaten.

Sending Hanukkah business e-cards are a superb way of sharing the Celebration of Lights with your clients, whether current or future!

How can we help you today?

Head over to our pricing section.

Send us a message.

How does it work?

Share us on any one of the following social media websites and you'll save on your next order.

To share us on this social platform, open the app on your mobile device and add businessholidayecards.com to your post.